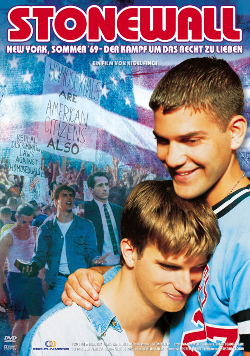 Stonewall (1995) Director: Nigel Finch Actors: Guillermo Díaz, Frederick Weller, Brendan Corbalis Runtime: 99 min In the early morning hours of 28 June 1969 in front of the New York bar Stonewall there was a violent confrontation between police and a large number of gays, lesbians, transvestites… This movie follows a young gay who just […]

This Film Is Not Yet Rated

This Film Is Not Yet Rated (2006) Director: Kirby Dick Runtime: 97 min It’s very interesting to see how the Motion Picture Association of America‘s (MPAA) film-rating system operates, indicating thematic and content suitability for certain audiences. Board membership is secret and no one knows how the members are selected, the standards and criteria are […]