Chronicle of the Years of Fire 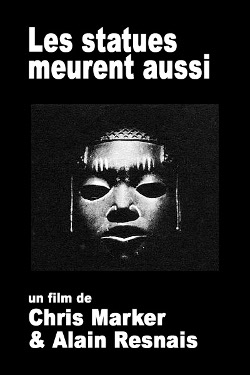 Les statues meurent aussi (1953) Directors: Chris Marker, Alain Resnais Runtime: 30 min The narrator says in the opening sequence: “When men die, they become history. Once statues die, they become art. This botany of death is what we call culture.” This documentary makes an excellent analysis of the cold cruelty by which colonialism and […]

Shake Hands with the Devil

21 January 2014 · by PolitFilm · in Based on actual events, Contemporary period (after 1990), Special recommendation · Leave a comment

Shake Hands with the Devil (2007) Director: Roger Spottiswoode Actors: Roy Dupuis, Owen Sejake, James Gallanders Runtime: 112 min General Roméo Dallaire was the Force Commander of the UN peacekeeping force in Rwanda (UNAMIR) in the moment when, at the beginning of April 1994, the Rwandan army and paramilitary forces of the ruling party MRND […] 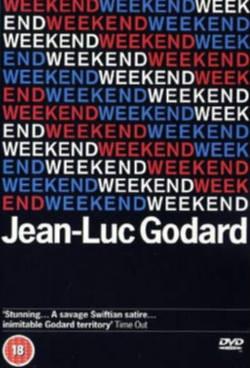 Week end (1967) Director: Jean-Luc Godard Actors: Mireille Darc, Jean Yanne Runtime: 105 min A couple prepares for the weekend. He doesn’t love her, she doesn’t love him. Both have someone on the side and wish that the other gets killed. This weekend they are going to the hospital where her father is dying, in […] 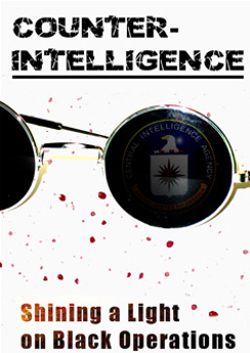 19 September 2013 · by PolitFilm · in Documentaries, Special recommendation · Leave a comment

Counter-Intelligence (2013) Director: Scott Noble Runtime: around 330 min Exceptional five-part documentary series which aims to show through in-depth analysis how the current world order, dominated by the USA as an imperial power, is maintained primarily by (public or concealed) organized violence of huge proportions and the threat of violence, destruction, torture and death of […]

5 June 2013 · by PolitFilm · in Documentaries, Special recommendation · Leave a comment

Afrique 50 (1950) Director: René Vautier Runtime: 17 min René Vautier went to West Africa to make a documentary for the French League of Schooling, but when he arrived there he was appalled by the colonial exploitation, brutal crimes of the French army and poverty people lived in. Although upon his return to the country, […]

Some Mother’s Son (1996) Director: Terry George Actors: Helen Mirren, Aidan Gillen, John Lynch Runtime: 112 min This is story about the 1981. hunger strike of Irish political prisoners and the events that accompanied it. One of the main causes of conflict in Northern Ireland was discrimination against Catholics (Irish) by ruling Protestants (British loyalists). […]

Stonewall (1995) follows a young gay who just arrived in town, several drag queens who are regulars in Stonewall and a group of gay activists in the days preceding the Stonewall riot. #lgbt #pride #gaypride #lgbtpride #politicalmovie #greatmovie
The beginning of the Cold War brought a new wave of anti-communist hysteria and “witch hunts” in the U.S. The Permanent Subcommittee on Investigations headed by Senator McCarthy took the leading role, accompanied by the House Committee on Un-American Activities – best known for its persecution of screenwriters, actors, directors, musicians and other entertainment professionals suspected of sympathizing with communism. Guilty By Suspicion (1991) takes place in the early 1950s and the main protagonist is a movie director faced with a choice: to betray his friends or to be boycotted by the movie industry and left without work or livelihood. #Hollywood #Hollywoodblacklist #blacklist #politicalmovie #watchlist
Bloody Sunday, also known as the Bogside Massacre, was an incident on 30 January 1972 in a neighborhood in Derry, the second largest city of Northern Ireland. British soldiers opened fire on a protest march of the Northern Ireland Civil Rights Association against internment without trial that was introduced by the British administration a year earlier. #thetroubles #bloodysunday #northernireland #politicalmovie #watchlist
In this great Algerian movie, director Mohammed Lakhdar-Hamina succeeded in showing the essence of colonial rule and many aspects of resistance to colonialism – from spontaneous to organized resistance, from the failure of the parliamentary opposition to the inevitability of armed struggle. Chronique des Années de Braise (1975) #revolution #algeria #colonialism #politicalfilm #watchlist #politicalmovie
Superpower (2008) is a sum of many modern critiques of the U.S. - packed in devastating two hours. #politicalfilm #documentary #watchlist
Z (1969) by Costa-Gavras is a movie about Greece in the years preceding the coup d’état of 1967 when pro-fascist military junta, known as “The dictatorship of the colonels”, took over the government. #greece #facsism #CostaGavras #greatmovie #politicalmovie #mustwatch #watchlist
One certainly shouldn’t be naive and think that the state and the police have anything to do with law or justice. #greatfilm #politicalmovie #antiG8 #policebrutality #diazdontcleanupthisblood
Dr. Strangelove (1964) is a hilarious and very intelligent (also terrifying at the time it was made) Cold War black comedy that completely reveals insanity and absurdity of the Cold War paradigms. #coldwar #nuclearwar #strangelove #drstrangelove #Kubrick #politicalmovie #greatmovie #mustwatch #watchlist
Harlan County U.S.A. (1976) is a very intense documentary about the famous “Brookside Strike” in 1972/3, when the miners in Harlan County, (Kentucky, USA) went on a strike. #strike #harlancounty #politicalfilm #greatfilm #documentary #watchlist #mustwatch
POLITICAL FILMS